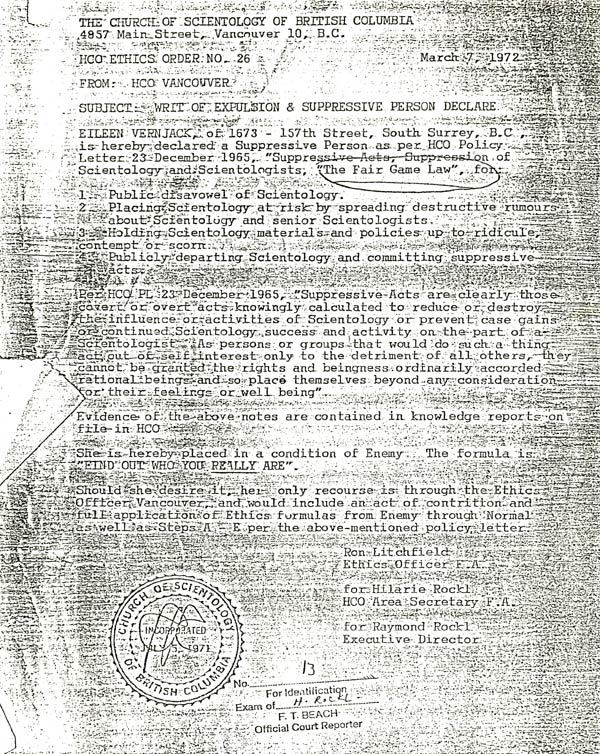 3. Holding Scientology materials and policies up to ridicule, contempt or scorn.

Per HCO PL 23 December 1965, “Suppressive Acts are clearly those covert or overt acts knowingly calculated to reduce or destroy the influence or activities of Scientology or prevent case gains or continued Scientology success and activity on the part of Scientologist. As persons or groups that would do such a thing act out of self-interest only to the detriment of all others, they cannot be granted the rights and beingness ordinarily accorded rational beings and so place themselves beyond any consideration for their feelings or well being.”

Evidence of the above notes are contained in knowledge reports on file in HCO.

She is hereby placed in a condition of Enemy. The formula is “FIND OUT WHO YOU REALLY ARE.”

Should she desire it, her only recourse is through the Ethics Officer, Vancouver, and would include an act of contrition and full application of Ethics formulas from Enemy through Normal as well as Steps A – E per the above policy letter.