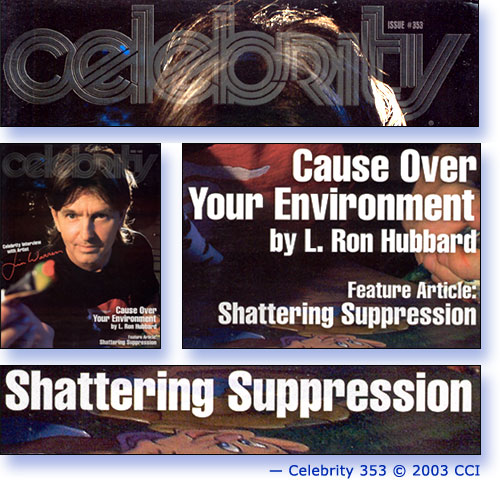 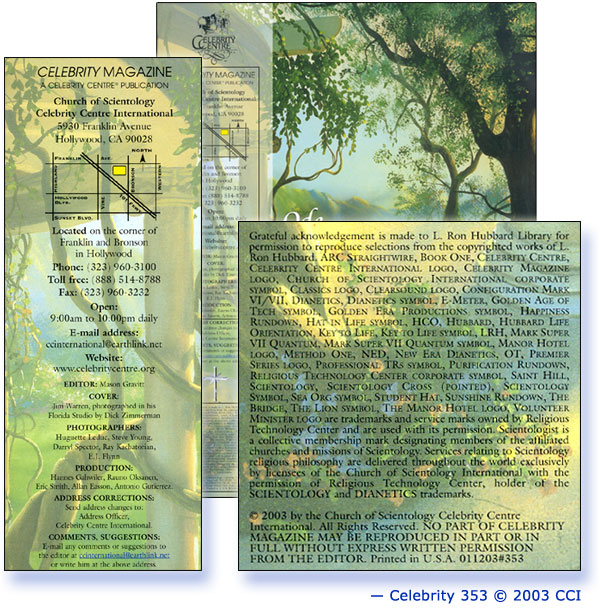 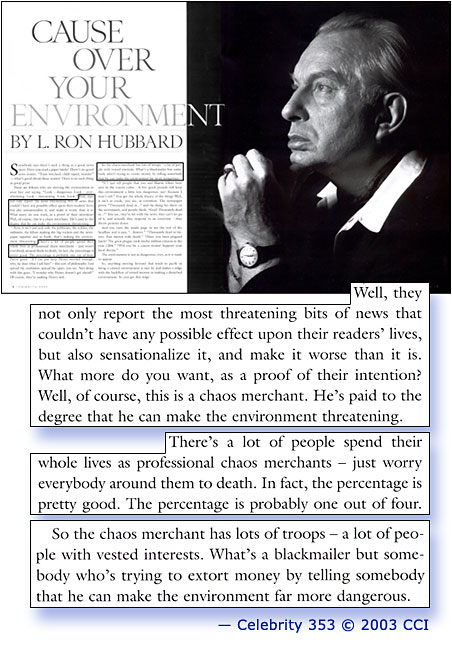 Cause Over Your Environment
By L. Ron Hubbard1

Well, they not only report the most threatening bits of news that couldn’t have any possible effect upon their readers’ lives, but also sensationalize it, and make it worse than it is. What more do you want, as a proof of their intention? Well, of course, this is a chaos merchant. He’s paid to the degree that he can make the environment threatening. […]

There’s a lot of people spend their whole lives as professional chaos merchants — just worry everybody around them to death. In fact, the percentage is pretty good. The percentage is probably one out of four.[…]

So the chaos merchant has lots of troops — a lot of people with vested interests. What’s a blackmailer but somebody who’s trying to extort money by telling somebody that he can make the environment far more dangerous. 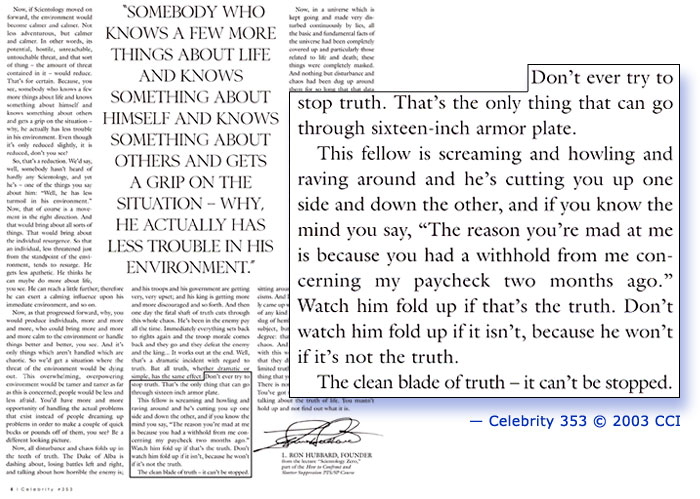 Don’t ever try to stop truth. That’s the only thing that can go through sixteen-inch armor plate.

This fellow is screaming and howling and raving around and he’s cutting you up one side and down the other, and if you know the mind you say, “The reason you’re mad at me is because you had a withhold from me concerning my paycheck two months ago.” Watch him fold up if that’s the truth. Don’t watch him fold up if it isn’t, because he won’t if it’s not the truth.

The clean blade of truth — it can’t be stopped.