You are here: Home / About SPDL 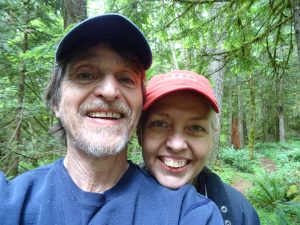 For over half a century, Suppressive Persons have been beastified, attacked and menaced in perhaps the most vicious hate campaign ever manufactured by madness. SPs’ lives have been in constant danger throughout this period and the whole class or genus of SPs is threatened with quiet, sorrowless obliteration.1

According to Hubbard’s and Scientology’s teachings and criteria, Suppressive Persons constitute a racial and religious class further distinguished by an irremediable handicap common to all SPs. 2

Merely not experiencing “benefit” from Scientology (called by Hubbard “case gain”) is sufficient to classify someone as a Suppressive Person.  According to Hubbard, SPs are one and all “no-case-gains.”  Such people, Hubbard also says, are to be “disposed of quietly and without sorrow.” 3

The Suppressive Person Defense League (SPDL) ® unites SPs, defends SPs against beastification, attack and menace, and brings SPs to stand up against those who seek their genocide. 4

What is known as the “Suppressive Person Doctrine” is the most malignant and horrifying philosopheme ever concocted and embraced as “law” by any hominal group in the post-modern age. The SP Doctrine is utterly spurious, with no basis in science, ethics or reason, postulated in the paranoid schizophrenia of its author, L. Ron Hubbard.5

Hubbard was a pathological liar and a covert and violent misanthrope, who implanted people with his diabolical Suppressive Person Doctrine and turned them into hate mongers in his own image. His Scientology followers’ fear and hatred of SPs is irrational and evil, and Scientologists’ dramatization of Hubbard’s SP Doctrine is criminal and holocaustic.

The Suppressive Person Doctrine makes Scientology a hate group, and makes SPs, although they comprise more than two and a half percent of the planetary population, a persecuted minority. Because Scientology teaches that Scientologists are a new master race – “homo novis” or “homo scientologicus”– the Suppressive Person Doctrine is a racist ideology– and that SPs are a component of an inferior race – “homo sapiens” or “wogs.”6

Because Scientology insists that it is a “religion,” and identifies Suppressive Persons by its “religious scriptures” and by its “religious artifact” – the “E-meter” – SPs form a class with all the rights and privileges of any religious or racial minority. Having a class of citizens – the SPs – to persecute is essential to Scientology’s survival and forward thrust as a totalitarian movement.

The SPDL will work to expose, elucidate and eliminate the SP Doctrine. We know that SPs will never be safe and never have peace until this evil doctrine exists only as the historically recorded cause of its own abject failure.

The SPDL will oppose any effort to deny SPs any rights or privileges secured to any citizens by national constitutions or laws or by international human rights declarations.

The SPDL condemns the practice of yellow-starring, golden-rodding or declaring people as SPs, and will work to criminalize, prosecute and ban this antisocial and anti-human rights practice. 7

The SPDL will appeal to reason, to conscience and to law to stop the defamation and obliteration of Suppressive Persons8.

The SPDL calls on Scientology to forsake the Suppressive Person Doctrine, and we call on Scientologists, if their cult will not forsake this pernicious doctrine, to immediately forsake Scientology.