You are here: Home / About SPDL / Legal and Disclaimer 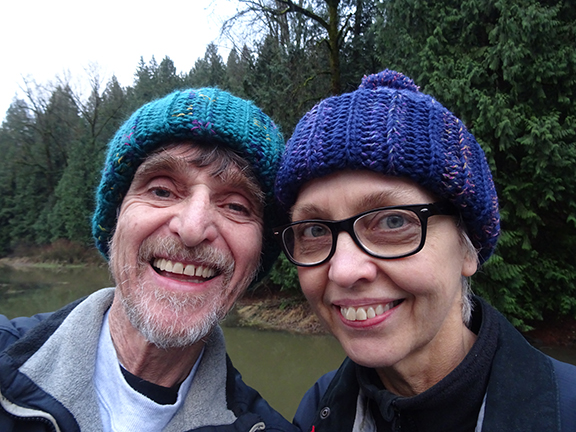 At the present time, Gerry Armstrong and Caroline Letkeman are solely responsible for the Suppressive Person Defense League (SPDL) ® and suppressiveperson.org. All pages, documents, photos, drawings and other materials are Copyright 2004, 2017 by the SPDL, Gerry Armstrong and Caroline Letkeman unless otherwise noted. We have made every effort to ensure that documents or data provided here are accurate and complete. We cannot, however, guarantee that there will be no errors. We make no warranty, expressed or implied, including the warranties of merchantability and fitness for a particular purpose, and we assume no legal liability for the accuracy, completeness, or usefulness of any documents or data on this site. If you find any errors, please communicate them to spdl at suppressiveperson.org.

This is an entirely non-commercial site. Its purpose is to expose and elucidate the Scientology enterprise’s “Suppressive Person Doctrine,” to defend Suppressive Persons, to unite them against this pernicious doctrine and its Scientologist proponents, and to participate in the process of eliminating this doctrine. This site’s content is intended to be critical of Scientology and its human and civil rights violations, abuses, fraud and criminality, particularly as these are perpetrated against SPs. Neither the SPDL nor suppressiveperson.org is affiliated with or sponsored or authorized by any Scientology organization, and in no way or measure whatsoever do we support Scientology’s rights violations, abuses, fraud or criminality.

Since Gerry Armstrong is one of the creators and founders of the SPDL and suppressiveperson.org, we are fully aware that many documents herein, and suppressiveperson.org itself, are prima facie violations of an “injunction” the Scientology cult obtained in California Superior Court for the County of Marin against Gerry Armstrong and anyone acting in concert with him. It is the conviction of Gerry Armstrong and the SPDL, however, that said injunction is unlawful, lawfully judicially unenforceable, a lawfully impermissible violation of our civil rights to freedom of speech, freedom of religion, freedom of assembly, due process and freedom from slavery, and that the injunction was obtained by the Scientology cult by fraud, threat and other unlawful means.

We further believe that the injunction is evidence of and the illicit product of a criminal conspiracy by Scientology, its organizations, personnel, agents, attorneys and the Marin Superior Court in violation of 18 U.S.C. §241 (Conspiracy Against Rights) and 18 U.S.C. §242 (Deprivation of Rights Under Color of Law). We therefore believe that we are lawfully and completely justified in webbing and making available the information and documents on this site.

We hope that the SPDL, suppressiveperson.org and the materials on the site will assist the Scientology cult’s victims and opponents, all of whom comprise Suppressive Persons, in their defenses from the cult’s defamations and judicial and extrajudicial predations, in seeking redress for its attacks, abuse or persecution, and in prosecuting its criminal activities. We are aware that any help the SPDL and the site might be to SPs or to this class of citizens’ attorneys is also prohibited by Scientology’s “ injunction” that the cult obtained in California. Such a prohibition, we also believe, is unlawful, lawfully unenforceable, and a further violation of 18 U.S.C. §241 and §242. We believe therefore that we are morally and legally justified in providing whatever assistance to SPs or to non-SPs that the SPDL and suppressiveperson.org can in any way be.

We are very aware that the Scientology organization is the most notorious abuser of copyright law in the world. The cult uses this commercial law to suppress discussion, prevent people from making informed decisions, and as a “legal” weapon to attack and fair game critics of its abuses and criminality. Scientology is no respecter of the fair use guarantee of copyrights, and consequently is no respecter of the benefits the fair use doctrine gives to society; namely, teaching, scholarship, criticism, comment, reporting and research. Scientology seeks to triumph, and attain its goal of world domination, by suppressing or destroying these societal blessings.

The formulators of the fair use right of copyright could not have predicted that any persons or organization would have the malevolent intent and hubris to use commercial copyright law to hide their public libels of people or to keep secret their manuals directing criminal acts against their human targets. Thus there is no mention of limiting or curtailing tortious or criminal conduct as a public benefit in national or international copyright acts. But it is for this public good, as well as for the various copyright acts’ stated benefits of education, scholarship, criticism, research, etc., that we will include on this site complete versions of certain Scientology copyrighted documents.

We will include Scientology’s publications that elucidate the Suppressive Person Doctrine, published attacks on people whom the cult targets as SPs, its black PR disseminations, publications ordering criminal conduct, and any other category of the cult’s documents pursuant to our fair use right granted by copyright law, and pursuant to SPs’ common law right to self defense. It is also needful to include some Scientology documents in their entirety to eliminate any validity to the cult’s charge, which it has the bad habit of making with critics of its abusive or noxious policies or directives, that its statements are being taken out of context.

In all instances where we have used Scientology’s, or anyone else’s, materials, documents or images, we have mentioned their source and author, if these are known or available. If we have failed to properly mention or credit the source and author of any materials, documents or images on the site please advise us at and we will correct the omission immediately.

The SPDL and suppressiveperson.org encourage, condone and call for only the lawful exposure and elucidation of Scientology’s Suppressive Person Doctrine, the lawful defense of SPs, the lawful unifying of SPs against this pernicious doctrine and its Scientologist proponents, and the lawful participation in the process of eliminating this doctrine. We believe that our goals can be achieved, indeed can only be achieved, by lawful, peaceful means and acts. Neither the SPDL nor anything on this site encourages, condones or calls for any unlawful or violent means or acts and we specifically prohibit anything on this site from being used to encourage, plan or commit such acts.

The Suppressive Persons Defense League is in its infancy, and its organization form, membership structure or future activities have not been established. We are looking for a few good SPs to contribute to, build and participate in the SPDL’s organization and operation, and we ask that good SPs who may have a desire to help to let us know vispdl at suppressiveperson.org.
We ask that anyone who has any materials that relate to the Suppressive Person Doctrine, or to SPs or the treatment of SPs (also called in Scientology hate literature “merchants of chaos,” “merchants of fear,” “2 ½ percenters,” “antisocial personalities,” and “actual psychotics”) to please send them to for the creation of an SPDL Library and for webbing where applicable on suppressiveperson.org.